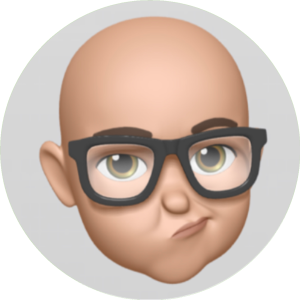 A year ago, I thought the “real” web was dead. I believed consumers were flocking to their tablets and apps, abandoning the clumsy web as a quaint and archaic footnote to internet history.

I feared consumers would prefer to use a slick app rather than search the gritty internet. Drunkards could solve bar bets with the Wikipedia App rather than a bona fide web search. Coffeehouse hours? Download Yelp rather than visit the cafe’s own web site (if one even exists). Convenience trumps discovery… who cares if that convenient fact is inaccurate, or thin, or negligent?

But I might have called the web’s demise too early. Two recent developments indicate things may be improving: the canceling of an iPad-specific newspaper, The Daily, and the emergence of responsive web design.

I want the web to be democratic, fair and… well… worldwide. I believe in the legitimacy of independently hosted websites and their authentic content. I have faith in primary sources. I believe the best witness is someone on-site. I trust firsthand accounts.

In our rush to design the perfect browsing experience, something went wrong with the web. A site designed for viewing on a 21-inch monitor didn’t look so good on a three-inch smartphone display. Ten-inch and seven-inch tablets, each with a portrait and landscape mode, made it difficult for web designers to keep up. Site owners couldn’t afford to commission a design for every potential viewing environment.

Apps were the answer — mini-sites designed for a specific device; a comfy environment without the distractions of the unwashed web. Download the app and there’s your weather report, directions, recipe or review. But apps are expensive to build and, as tablets multiply like smartphones, the same old problems reappeared: do you design a different app for every tablet? Like phones, notebooks, and desktop displays, there are no “standard” tablet dimensions.

I like my tablet. It’s a comfortable and convenient way to surf the web. But I don’t like apps. Apps are to the internet what The Venetian Casino is to Venice. I want the real web on my tablet or phone or desktop. I want the designer and the browser to collaborate and deliver the content I seek without the frustration of clumsy, one-size-fits-all design, or the superficiality of an app themepark. Why did we liberate ourselves from centuries of stuffy libraries and musty encyclopedias just to create another walled and bound cage?

Nobody knows a business better than the business owner. I’ve been burned by Yelp’s inaccurate directions, unreliable hours of operation, and out-of-date menus. It’s difficult, frustrating and time-consuming for business managers to repair inaccuracies on mega sites such as yellowpages.com. History demonstrates that primary sources are more reliable than hearsay.

If you’re a restaurateur without a website of your own, you’re at the mercy of Yelp. When a potential guest Googles your hours of operation, she might see the two-star rating your competitor maliciously posted. Lacking your own website, the inaccurate Yelp review hijacks your message and reputation.

By the way, remember when you extended your hours of operation for the holidays? Yelp never got the memo. Your own website would have appeared first on the Google results page, serving up the information accurately and without the negative rating distraction. Yes, it’s a few bucks a month. But how much did that lost customer cost?

The Death Of A Super App

The Daily, Rupert Murdoch’s app newspaper, is dead. It was a newspaper designed for the iPad by the world’s largest news organization. If The Daily can’t succeed while the iPad platform is the fastest growing media phenomenon since the invention of paper, perhaps the future of apps is also doomed. Good riddance. You deserve a better web — not a walled garden designed to bring you back to the days of AOL.

Apps are simply not how most consumers want to experience the web. Want proof? Murdoch’s abandonment of The Daily comes weeks before Christmas, when millions of iPads (including the new iPad Mini) would likely give its circulation a boost. Revenues from the app were critically disappointing and it appeared that even an iPad in every stocking couldn’t save The Daily.

Consider Facebook’s ever-changing terms of service. Millions of business owners know now (if they didn’t before) that relying on a social media platform to host their identity is just bad business. As a business owner, ask this simple question: are your interests aligned with Facebook’s interests? Social media sites want to increase their own traffic. You want more restaurant visitors. That’s different. If you’re not using social to drive traffic to your own website, it’s likely using you to drive traffic to its own site.

Of course, as Facebook goes, so goes all social media.

The sooner we realize the web has the potential to be a truly democratic structure, where all ideas have a chance to be heard based on quality content, rather than app download rates, the better off users will be.

With responsive design, web content is context-sensitive. The website queries your device and adapts its visual presentation to your phone, tablet or monitor. The result? A custom-designed website that fits your screen. There is no need for an app when a website is created with responsive design. This keeps development costs down and improves the chance of a customer visiting your website. After all, how likely is a local dry cleaner to have an app? And, if so, how likely is a customer to actually download that app on his iPad? The responsive web is good for small business and consumers.

Add independent hosting to responsive design and the business owner is no longer a “sharecropper,” tending the eroding and hormone-drenched fields of Facebook, that fickle and cruel master. Independent hosting makes a website the “address of record” for a business, releasing it from the grip of a social media landlord. Social is now free to do exactly what it was designed to do: deliver audiences to the most relevant, authentic and independent content as defined by the user’s trusted circles.

That’s how social should work: visitors see what their like-minded friends are buzzing about and they check it out – not a “Facebook” version of the content; not a cheaply skinned “page” that conforms to the design aesthetics of Google+. And seriously, whoever asked for a “Facebook store” anyway? True, a lot of retailers are intimidated by the prospect of designing an online store of their own. There are, however, thousands of artistic and creative designers and developers who are happy to help. Yes, free is a very low price. But, as they say, if the service is free, you’re likely the product.

The tablet can revolutionize the way we consume internet content. But if we get lazy and assume there’s an app for everything, we’ll miss out on the best of the internet. We’ll do to the web what Wal-Mart has done to independent retailing. But it’s worse. Unlike the Wal-Mart-ization of the brick-and-mortar retail landscape, there’s no consumer savings benefit to “apping” the internet. Searching by app delivers fewer results with less reliable content than a true internet search. There’s no additional cost to shopping-by-web vs. shopping-by-app, and it might be cheaper and more fun.

We use apps because they’re familiar, tidy and shiny. An app promises the perfect experience, but lies by omission. You’re served a story the app want to tell you. But based on a typical search, that story is about 1/37,000,000th of the possible answers you seek. Meanwhile, an independently hosted website is an authentic and reliable destination brought to you by the democracy of real search. Adding responsive design removes the visual conflict posed by the myriad new display technologies available to users.

As I watch big box stores close, casting giant square shadows across empty parking lots, my New Year’s wish is that app stores will also close, putting the worldwide back into the web. Let’s build smarter independent websites for mobile devices that empower us to enjoy the best of the web as it was meant to be.

Get a COVID-19 Notification popup just like this for your website. Keep you customers safe with information about changes to policies and hours.

*This is a free service during the coronavirus pandemic.